The unique musical setup of French composer and multi-instrumentalist Pierre Bastien has garnered him a cult-like following. Dubbed the ‘mad musical scientist’, his self-built machineries sit at the nexus of music and visual art and poetically blend live trumpet sounds with screen projections of his own mechanical sculptures. Having previously collaborated with the likes of Robert Wyatt and Aphex Twin, Bastien is now joined by Tomaga, the darkly psychedelic, London-based duo of Valentina Magaletti and Tom Relleen. 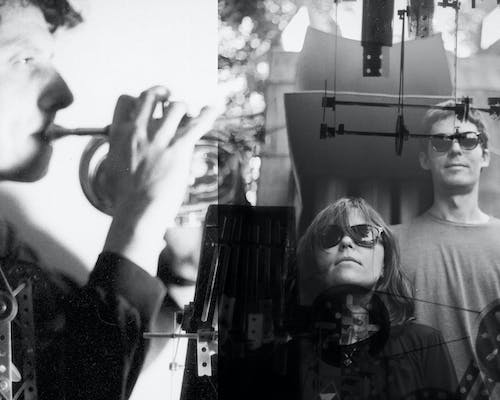