While Japanese band Mariah released most of their albums as a full band, their legendary 1979 self-titled debut was actually a solo album, pieced together by visionary composer, saxophonist and producer Yasuaki Shimizu. Since then Shimizu has worked tirelessly, collaborating with artists such as Ryuichi Sakamoto, Björk, Bill Laswell and Carl Stone, producing award-winning reworks of Bach and working extensively in film and television. For Rewire 2021, Shimizu will be collaborating in an online residency with Canadian electronic composer and multi-instrumentalist Kara-Lis Coverdale. Unpredictable and beyond categorization, Coverdale is devoted to musical curiosity, rooting her compositions in an emotional sensitivity that swerves manipulation through her deep skills in research-based musical development and embodiment. Her last album, 'Grafts', melds a longstanding interest in 17th century keyboard music with concepts of microtonality, overtone and duration to create a hauntingly breathtaking soundscape. She has recently collaborated with Actress, Lyra Pramuk, Metahaven, Sarah Davachi, Caterina Barbieri, and Kara Crabb.

With their piece 'Wood Fathers', Yasuaki Shimizu and Kara-Lis Coverdale explore the phenomena of trans-genealogical continuity, the harmonic potentials of call and response, and sound as an extension of self. 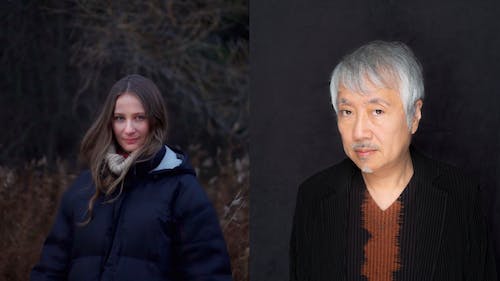