Smerz are the Norwegian duo of Henriette Motzfeldt and Catharina Stoltenberg. Known for the 'carefully shaped, deconstructed pop' (Boomkat), Smerz seamlessly weave together techniques and sounds pulled from chamber and classical music, hip hop, R&B, and hard electronics, with the end product always resulting in something altogether uncanny. After a run of releases for London's XL Recordings in 2017, their full length debut ‘Believer’ was recently released, combining their love of Norwegian traditional music with the gauzy imagery of filmmaker Peter Greenaway and blurring the line between dream and reality. The album was put together in an attempt to cement the ideas Motzfeldt and Stoltenberg had been working through on their monthly NTS shows, where they regularly pull together musical forms with expressionistic ease, defying simplistic categorisation. 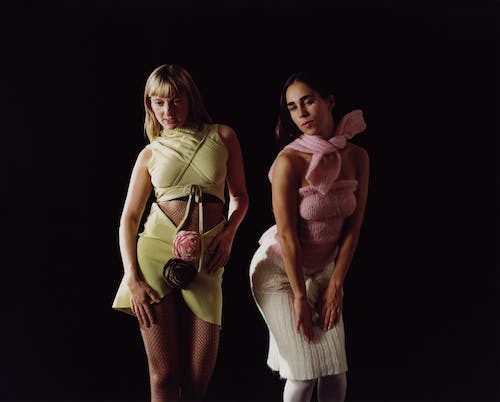