Silvia Tarozzi translates her poetic album Mi specchio e rifletto to the stage with a dense sonic cloud of violins, voices, guitars, synth, sax and theremin. Known for her performances of forward-thinking compositions and nuanced improvisations, Tarozzi is a renowned Italian violinist, vocalist and composer who once studied under the tutelage of influential American composer Garrett List. Earlier works like the Pauline Oliveros collaboration for the album Virgin Violin or her contemporary re-interpretations of female folksongs of northern Italy with Deborah Walker offered more stark, textural explorations of the violin as an instrument for polyphony, cacophony and noise. The collaboration with Éliane Radigue saw her dive into the minimalism of pure acoustic drones.

With her most recent album Mi specchio e rifletto, Tarozzi explores a brighter side of her craft, allowing the violin amongst other instruments to create lush tapestries over which her vocals can soar. Heavily inspired by the poetry of Alda Merini, Tarozzi’s own lyrics reflect on love, motherhood and the indelible state of being. 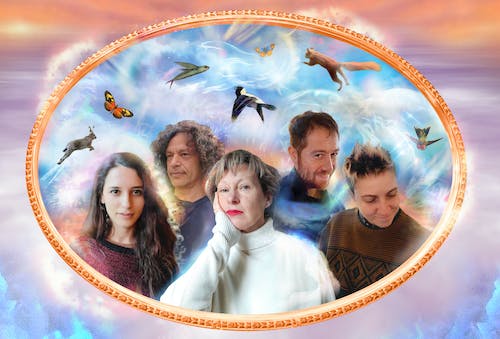