It was in his home city of Los Angeles where composer, visual artist and multi-instrumentalist Tim Koh first established himself. At Rewire 2021, Koh will be embarking on a special collaboration with Dutch jazz outsider Ronald Langestraat. The 79-year-old musician is best known for working with Amsterdam outfits Cascada and Ritmo Natural, but his solo work - a woozy fusion of soul, salsa and astral jazz - was misunderstood at the time and derided by his peers. Over three decades since his debut, Langestraat's peculiar cosmic pop has never sounded more relevant. Koh is best known for his tenure as a member of Ariel Pink's Haunted Graffiti, but he's also played with Gang Gang Dance, Hieroglyphic Being, Prince Rama, Animal Collective, No Age and plenty of others. Now he's based in Berlin, where he produces absurdist pop, hosts a regular radio show on NTS and runs the Congee Disc label. Together they present a performance recorded in the Kunstmuseum in The Hague. 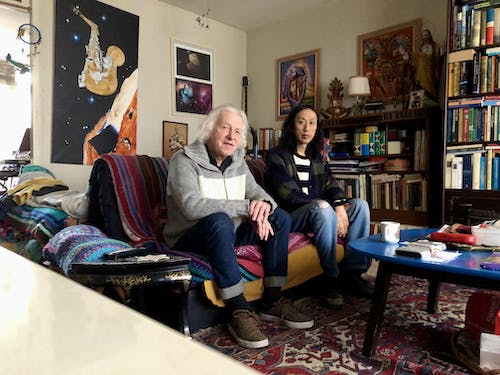