Using classical instruments in combination with electronics and 21st century technology, Perforator puncture through traditions in their quest for the new. Comprising of Marlies van Gangelen on oboe and electronics and Akim Moiseenkov on self-built electronic instruments, the duo create playful contemporary music in the uniquely interactive show ‘Performania’. Using a variety of sensors, such as movement sensors on their bodies and adding ingenious live electronics to objects as remote control cars, balloons and plants, Perforator animate the often hidden electronic process live on stage. Perforator respect the past as they advance into the future with their innovative performance techniques and a musical language that’s entirely their own. 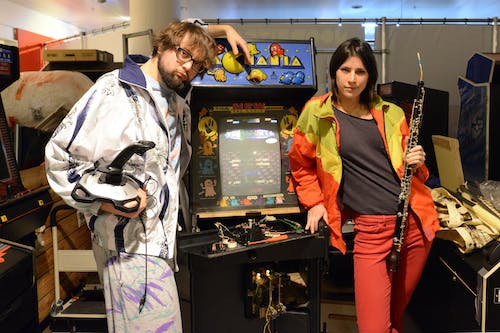