Formed in 1995 by Boredoms drummer and multi-instrumentalist Yoshimi Yokota as a fake band for a magazine photo shoot, OOIOO infamously played their first live gig in 1997 opening for Sonic Youth in Japan. The irreverent all-female quartet (pronounced oh-oh-eye-oh-oh) fronted by Yokota on guitar and vocals has since grown into one of the most respected (and difficult to define) bands in experimental rock. After a six year production hiatus, OOIOO return in 2020 with their eighth studio album, ‘Nijimusi’, recorded as a conventional rock ensemble – two guitars, bass and drums – and yet yielding unconventional sounds, typical of the group. 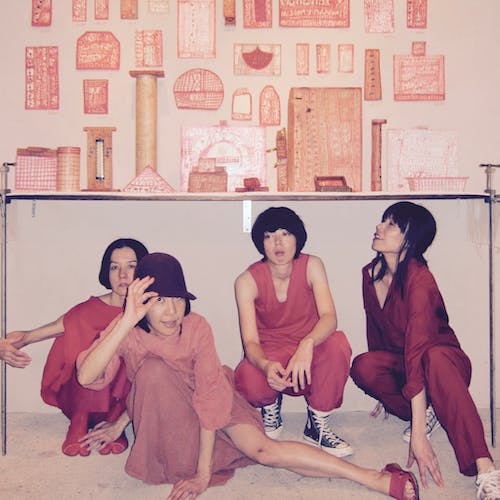