Diving into the seams of Norwegian folk music, Anders Hana and Morten Joh as Naaljos Ljom unlock the microtonal potential hidden in their source material. The duo, known from bands like MoHa!, Ultralyd, N.M.O., and Brutal Blues, have joined forces yet again now focussing on mixing just intonation and microtonal Norwegian folk music with aspects of electronic music, resulting in spirited pieces that subvert our expectation of what the distinction between analogue and electronic should sound like. Adapting the album to the stage, Naaljos Ljom’s performance becomes a fascinating update of traditional music: a norwegian folk concert to dance to. 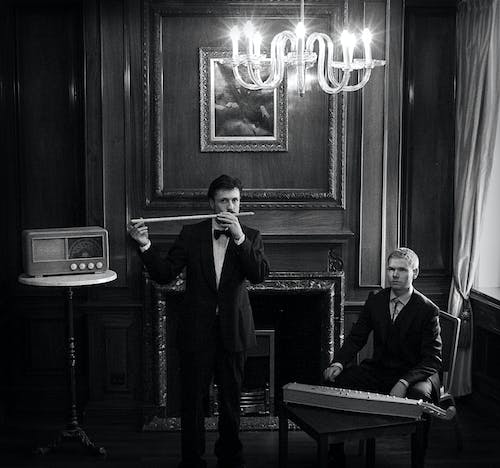