As part of a special focus programme on Meredith Monk, Rewire presents a concert version of Cellular Songs performed by Meredith Monk and the women of her acclaimed Vocal Ensemble. A “deeply affecting meditation on the nature of the biological cell as a metaphor for human society” (Financial Times), Cellular Songs features some of Monk’s most adventurous and daring music for the voice to date, paired with violin, piano and keyboard. Over the course of the evening, shimmering, multi-dimensional musical forms evoke such biological processes as layering, replication, division, and mutation. Cellular Songs is the second part of a trilogy of music-theater works exploring our interdependent relationship with nature, following the highly acclaimed On Behalf of Nature (2013) and the recently premiered Indra’s Net (2021).

Cellular Songs will be performed on Friday 8 April. 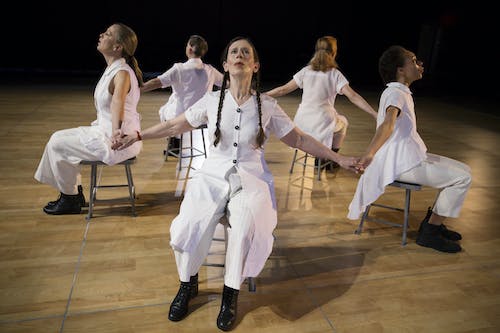