Working in residency as part of Rewire 2021, influential turntablist Maria Chavez and celebrated percussionist Valentina Magaletti will be putting together an exclusive collaborative work. Chavez, born in Lima, Peru and based in New York, uses sound installations and daring live turntable performances to steer audiences into considerations of duration, physicality and texture. She is currently on the cover of the textbook on the History of Experimental & Electronic music by Routledge Publishing and was a David Tudor and Robert Rauschenberg Arts Fellow. Her conceptual installations have been shown at the Getty Museum, the JUDD Foundation, Documenta 14 in Kassel, Germany and HeK (Haus der elektronischen Künste Basel) amongst other institutions around the world. Born in Italy and based in London, Magaletti plays and records as part of Vanishing Twin, Holy Tongue, Tomaga, and has worked alongside Nicolás Jaar, Lafawndah, Helm, Raime and many others. Using unconventional drum sets, field recordings and oscillators she skips between industrial, free jazz and experimental forms with masterful fluidity, mapping out tense, hypnotic themes on her solo material, such as last year's atmospheric lo-fi collage "A Queer Anthology of Drums"out of Cafe Oto's in-house label Takuroku. 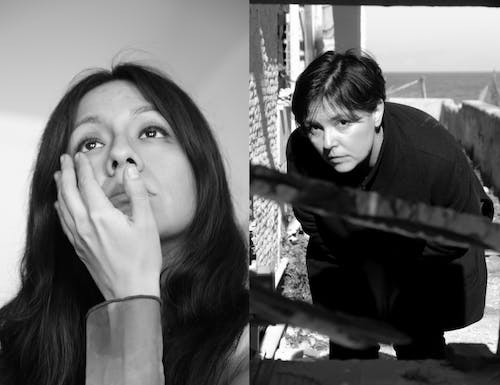