With her debut album 'Push', released this year on Leaving Records, Los Angeles-based producer and DJ Maral underscored a distinctive take on club music, mutating Iranian folk music samples and injecting them with unique dance and dub elements. Finding the creative sweet spot between the old and new, exploring her own heritage, Maral has achieved significant acclaim in a short space of time. MSHR's Brenna Murphy will be collaborating with Maral for Rewire 2021, as they present a unique audiovisual piece entitled 'Ground Groove'. An artist and musician who is at home in both physical and virtual realms, Brenna melts and morphs materials, creating vibrating formalist arrays that are instantiated in diverse settings- splayed as coded gifs across a webpage or as sandstone 3d prints across a museum floor. Brenna frequently collaborates visually with musicians, bringing a sculptural approach to the sonic. 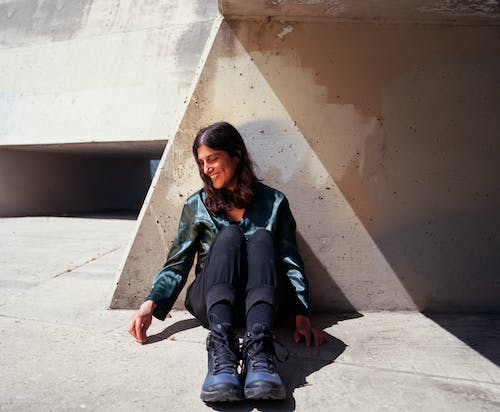