Born in Bucharest, Filipino-American Levy Lorenzo works at the intersection of music, art, and technology. On an international scale, his body of work spans custom electronics design, sound engineering, instrument building, installation art, free improvisation, and classical percussion. With a primary focus on inventing new instruments, he prototypes, composes, and performs new electronic music. At Rewire 2021 he performs ‘Aphasia’ by Mark Applebaum. Aphasia, conceived originally for singer and two-channel tape, was commissioned by the GRM, Paris and composed for virtuoso singer Nicholas Isherwood. The tape, an idiosyncratic explosion of warped and mangled sounds, is made up exclusively of vocal samples, all provided by Isherwood and subsequently transformed digitally. Against the backdrop of this audio narrative, the singer performs an elaborate set of hand gestures, an assiduously choreographed sign language of sorts. Each gesture is fastidiously synchronized to the tape in tight rhythmic coordination. The eccentricity of the hand gestures is perhaps upstaged only by the observation that the singer, however extraordinary, produces no sound in concert. Aphasia may be the first piece in the vocal canon that can be performed even when the singer has laryngitis. 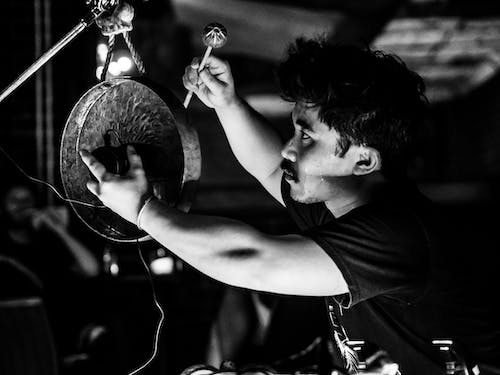