Belgian percussionist and composer Karen Willems is a serial collaborator having played in rock and pop bands like Novastar, Jan Swerts and Zita Swoon Group and alongside improvisors and sound artists such as Aidan Baker, Eric Thielemans, Kaboom Karavan and Jean DL. But in her many years of working with musicians, she has never collaborated with an electronic artist before, making Rewire 2021's collaboration with Machinefabriek an intriguing challenge. Dutch producer Rutger Zuydervelt works with drone, noise, ambient music and field recordings to create glacial soundscapes, eerie electro-acoustic environments and crushing walls of static. Since 2004 he has released an extensive and wildly varied run of albums and EPs as Machinefabriek, both solo and in collaboration with artists like Sylvain Chauveau, Steven Hess, Aaron Martin and Gareth Davis. After the world premiere of their collaboration at the online edition in May, catch them live in The Hague for the Rewire 2021 offline edition. 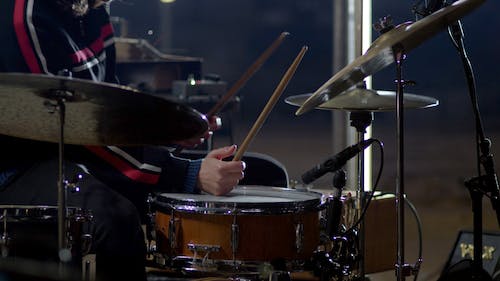