Multi-instrumentalist Jonny Nash got his start during the 2000s when he lived in Japan, releasing on Kenji Takami's influential Crue-l label as part of the Discossession collective alongside Chee Shimizu. In 2014, Nash established the label Melody As Truth as an outlet for his productions, which often focus on space, silence and minimal composition. The label is also home to Nash’ studio partner and regular collaborator Suzanne Kraft.

Nash also works regularly with Amsterdam-based label Music From Memory, having released both a solo album and two albums for them as part of Gaussian Curve alongside Gigi Masin and Young Marco. His most recent album was 2020's ‘Poe’, a meditative collaboration with Indonesian tarawangsa player Teguh Permana. For Rewire 2021, Nash will be performing a set based around this album, centred around guitar and tarawangsa, in the monumental Electriciteitsfabriek. 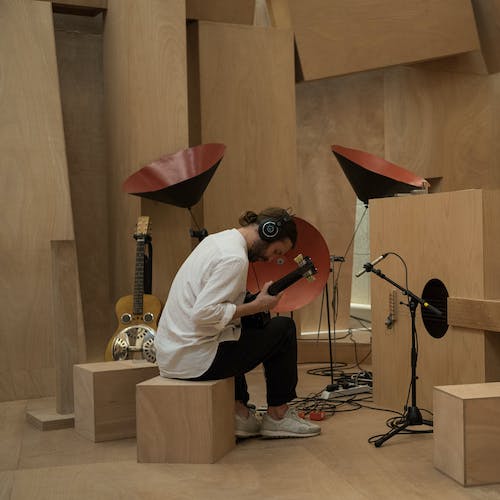