Over the last decades, the Brooklyn-based trumpeter and composer jaimie branch has been on the forefront of the contemporary American jazz scene. Known in Chicago and New York for her spectacular live shows, branch has taken a no-limits approach to jazz that’s open to any sound, genre, gender and style. What holds everything together is her radiant presence and a playful dynamic between the musicians on stage.

After having extensively played parts of it on stage, branch finally released her debut solo album Fly or Die in 2017. It’s a powerful piece of music that doubles as a scorching indignation of the political crisis at the heart of the United States and the rest of the world. It’s fruitful formula — or rather: the lack of any formula — ushered in an even more experimental, but no less compelling sequel in 2019. This Rewire alumnus and contemporary jazz-innovator will perform her politically charged and sonically adventurous masterpiece Fly or Die and its equally riveting sequel Fly or Die II live on stage. 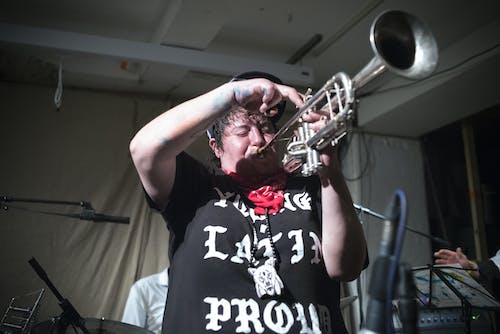