Simultaneously cathartic and apocalyptic, the epic yet doom-laden music of Godspeed You! Black Emperor remains the perfect soundtrack for the late-capitalist hell world. With their masterful debut album F♯ A♯ ∞ (1997), the Canadian post-rock group managed to capture immediately the nihilistic cultural zeitgeist of that moment, reshaping it in their signature cinematic fashion. 25 years and a couple of hiatuses after their big break and the enigmatic band is still at the forefront of post-rock with grand albums and even bigger live performances. Their most recent work G_d's Pee at State's End! (2021) is everything you’d expect of a GY!BE album and even more: thick layers of muck and noise, raptured by boisterous anthems and rebellious suites. This is widescreen post-rock – devastatingly beautiful, haunting, and elegiac. On stage, their immersive sound world is expanded by expressionist 16mm film projections. 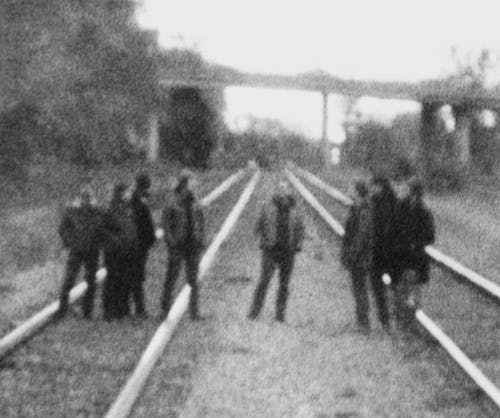