Black gynoid & multidisciplinary musician, GLOR1A is believed to be the first-ever artist to deliver a world premiere of an innovative “choose-your-own-adventure”& interactive livestream performance prototype - ‘SWARM 2.0.’

In SWARM 2.0 prototype, audiences can choose how GLOR1A’s performance will be delivered to the world by interacting and guiding the performance via Twitch’s chat function. Audiences will be projected into her world to help save GLOR1A from herself in the format of a livestream Twitch game.

Lost in technology, Black gynoid GLOR1A was created during a data-mining exercise that aimed to understand collective consciousness. As the algorithm reached its peak she started to think for herself, creating un-programmed reflections and unmanned performances; some say she is malfunctioning. This game gives audiences space to play and choose their own experience unlocking powerful performances throughout.

In the end, do audiences stay or do they leave? The game explores the power of worldwide collective consciousness at a time of prolonged isolation. 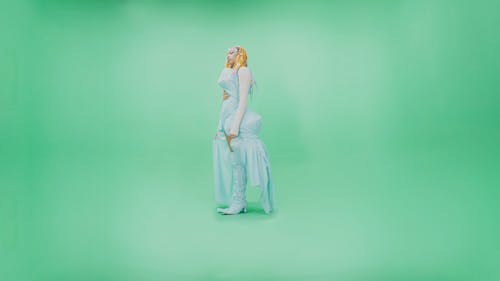