As part of the audio-visual trio Flowers / Ghost & Echoes, Gonçalo Oliveira and James Alexandropoulos-McEwan create large immersive worlds of intermingled electric guitar sounds that range from contemplative drones to intense layerings of sound. Their sonic world is always working in tandem with – and is often directed by – the visuals of artist Felix Bodin, who performs using his unique self-designed visual instrument that spreads, distorts or focuses digitally generated patterns into dazzling light and projection shows. For their performance at Rewire, the project extends its performance practice by taking on a simultaneous physical and half-virtual existence. The project doesn’t exist just in the room, but the sounds and visuals of the project move through a diverse system of screens and speakers of varying qualities, and also the audience’s phones. As the world is hoping to move out of lockdowns and away from their screens, Flowers/Ghosts & Echoes create a world that explores the space between what is experienced through screens and videos, and the reality these are trying to communicate. So we recommend you bring your phone charged, bring your phone charger too, and dive in the hybrid and complex world that Flowers/Ghosts & Echoes unveil. 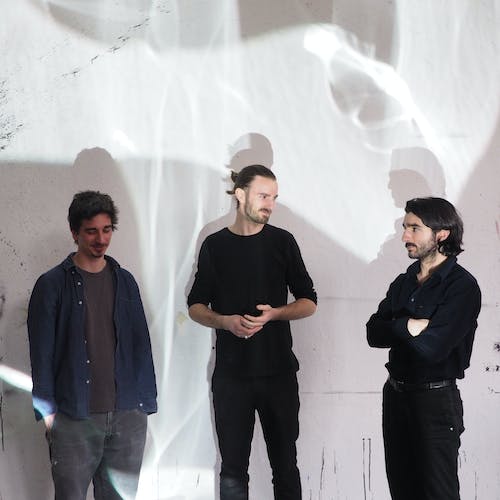