French sound artist and composer Félicia Atkinson and British filmmaker Ben Rivers will present a unique audiovisual performance, following their work at the online edition in May. Atkinson will perform her score to Rivers’ film live alongside the visuals. Atkinson is the latest in a long line of artists to tackle deep listening practices. Her music explores the tension and tranquility between whisper-quiet sounds and searing noise, as she overlays her own words, field recordings, acoustic instruments and subtle electronics. After a run of lauded albums on her own Shelter Press imprint, as well as a collaboration album with New York's Jefre Cantu-Ledesma, Atkinson most recently released 'Echo', a low-key collection of homespun piano improvisations. Rivers, meanwhile, won Amsterdam's EYE Art Film Prize and the FIPRESCI International Critics Prize at the 68th Venice Film Festival for his first feature film 'Two Years At Sea', a moving piece of slow cinema shot on 16mm and developed in his kitchen sink. A celebrated artist who has exhibited his work globally, Rivers has a special knack for storytelling within even the most simplistic moving images, without having to rely on the use of verbal context.

Register for this concert here: https://www.eventbrite.nl/e/tickets-felicia-atkinson-ben-rivers-rewire-2021-offline-edition-170013146899 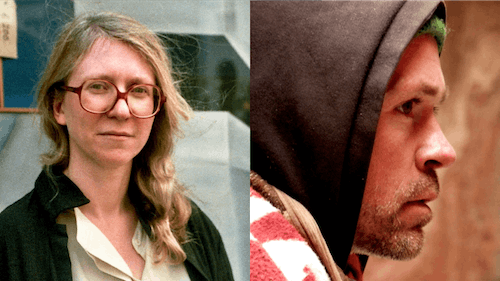