In a truly special collaboration spanning generations and continents, iconic Brazillian 90-year old vocalist Elza Soares will be working with Brooklyn-based avant-garde trumpet player jaimie branch in residency at Rewire 2021. A legend of Brazilian music, Elza has an incredible musical oeuvre that stretches back over seven decades mixing samba with jazz, soul, funk, rap and electronics, whilst her life-story is a rags-to-riches-to-rags rollercoaster of highs and lows, personal triumphs and tragedies, during which she was named ‘Singer of the Millenium’ by the BBC. branch is a versatile performer, who is constantly exploring ways to expand the technical limitations of her instrument, and deepen her personal musical language. She has contributed to the experimental musical landscape in Chicago, New York City and Baltimore, and collaborated with Moor Mother, Matana Roberts, William Parker, Chad Taylor, Tomeka Reid and more. 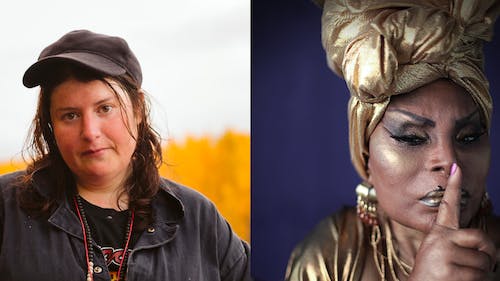