Close friends for years, Byron Westbrook and Koen Holtkamp found themselves on opposite sides of the USA when COVID-19 struck. "Chromatic Dispersion" was conceived as a way to stay connected, beginning as a visual interpretation by Holtkamp of Westbrook's most recent compositions before it evolved into its own idiosyncratic project. As the duo worked together more frequently, they began to allow their work to feed into itself, with Westbrook taking sonic cues from Holtkamp's visual treatments and vice versa. Based in Brooklyn, Holtkamp is also an acclaimed musician as well as a video and installation artist, with releases on Thrill Jockey, Umor Rex and Type, both solo and as half of Mountains. Westbrook currently resides in Los Angeles and has recorded for a wide variety of labels, including Hands in the Dark, Root Strata and Important Records, and has exhibited work at MoMA PS1, ICA London and the Walker Art Center. 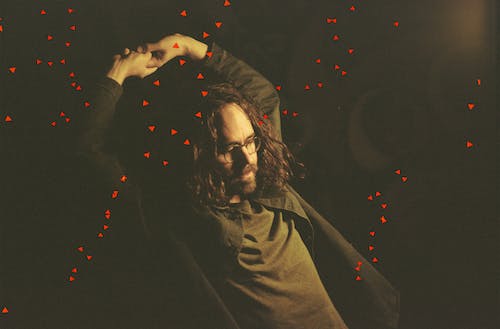