Book of Days is a film about time, originally drawing parallels between the Middle Ages, a time of war, plague and fear of the Apocalypse, with modern times of racial and religious conflict, the AIDS epidemic, and fear of nuclear annihilation. In light of the current pandemic, the cyclical nature of such phenomena has made itself known once more. While the film provides no answers, it nevertheless is a poetic incantation of that which connects us.

An intensely memorable film evocation of America’s immigrants; set in the crumbling halls of contemporary Ellis Island...spare, sober, and exquisite, it recalls the formality and beauty of vintage photos. 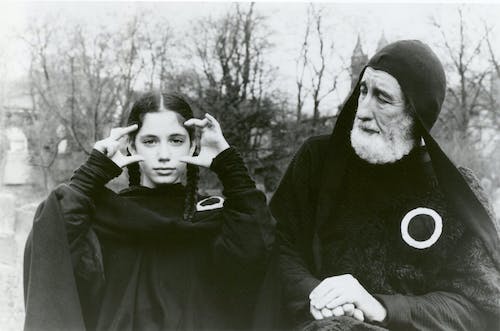