Professor Bob Sturm is an Associate Professor of Computer Science at Stockholm’s Royal Institute of Technology. In his research, he builds machine learning models of folk music from Ireland and Sweden and works to apply these models in different musical contexts. Entitled, Machine Folk: Folk music for the 21st century, or a wholesale misappropriation for soul-less machine learning?, Strum will discuss his ongoing research and address the ethical questions raised by such efforts. Directly after, Laura Agnusdei, a musician and researcher at the Sonology Department at the Royal Conservatoire will debut a new performance based on the output of Sturm’s Folk RNN (Recurrent Neural Network) project, melding traditional instrumentation with experimental electronics and demonstrating the catalysing creative potential of generative systems.

Taking place on Friday, 29 March, the Instrumental Shifts Symposium will explore new frontiers of computer science, music, and future technologies and is organised by The Netherlands Institute for Sound and Vision RE:VIVE initiative in collaboration with Rewire and hosted by West Den Haag. Admission is free, but registration is required. 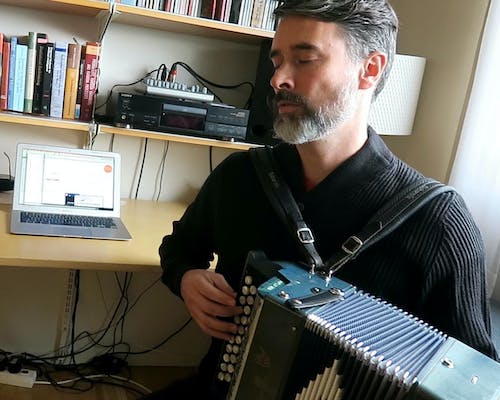